The Clarion University Council of Trustees is composed of eleven members who, except for the student member, are nominated and appointed by the Governor of Pennsylvania with the advice and consent of the Senate. The powers and duties of the Council include the establishment of academic programs and schools for consideration by the Board of Governors; review and approval of annual operating and capital budgets, fees, purchases, and contracts; participation in university and System-wide strategic planning; review and approval of policies and procedures governing the use of university facilities and property; annual inspection of university facilities; and the annual evaluation of the President.

Joy "J.D." Dunbar of State College, PA, was appointed to the Council of Trustees in 2009 and reappointed in 2013.  She is chief administrator for the Pennsylvania Rural Leadership Program (RULE) and Senior Associate at The Pennsylvania State University.  She frequently lectures to various leadership, governmental, and agricultural groups around the world and is a feature writer for local government publications. Ms. Dunbar holds a B.A. in English and M.S. in Communication from Clarion University and has completed all coursework and comprehensive exams toward a Ph.D. in Speech Communication at Penn State.  She has also completed a Kellogg Fellowship in leadership development at the National Center for Food and Agricultural Policy in Washington, D.C. She is a member of the National Speakers Association and PennWriters. 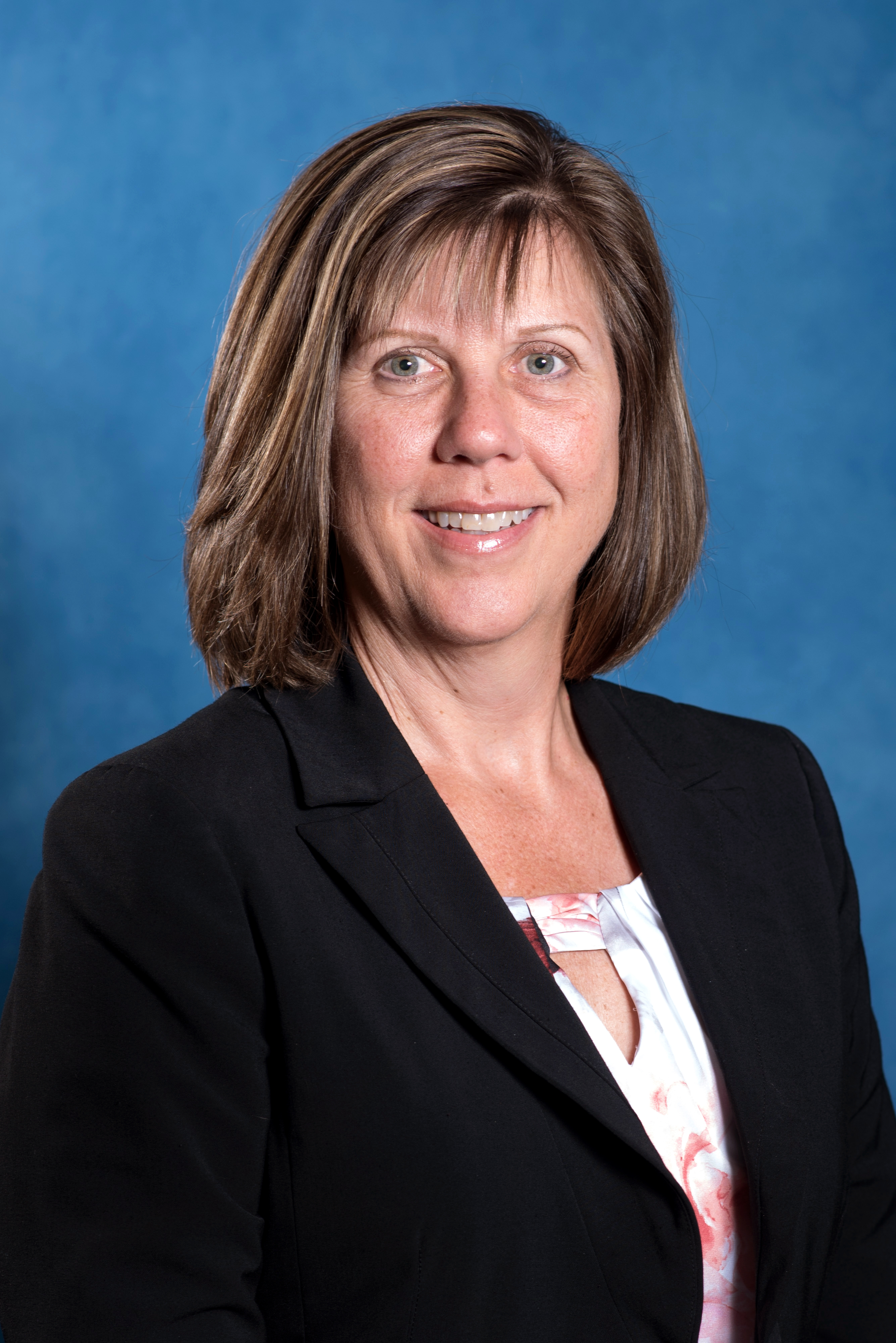 Milissa Bauer of Clarion, PA, was appointed to the Council of Trustees in October 2012 and reappointed in 2013. Ms. Bauer is Executive Vice President and Chief Financial Officer for The Kriebel Companies, one of the largest independent natural gas producers in the state.  She is responsible for managing relationships with Kriebel Wells’ partners and many operations of the other Kriebel companies. Active professionally, Ms. Bauer serves as secretary/treasurer of the PA Producers Service Company (PIPSCO) of the PA Independent Oil & Gas Association.  She also serves as director and chairperson of The Children’s Scholarship Fund of PA, which provides financial assistance to needy families wishing to send their children to a school of their choice, and as treasurer of the Clarion County YMCA. Ms. Bauer earned a Bachelor of Science degree majoring in accounting with a minor in computer information systems from Clarion University. She swam for the Clarion University Women’s Swim Team coached by Dr. Rebecca Leas that won four NCAA Division II National Championship titles for the university from 1980 to 1984. 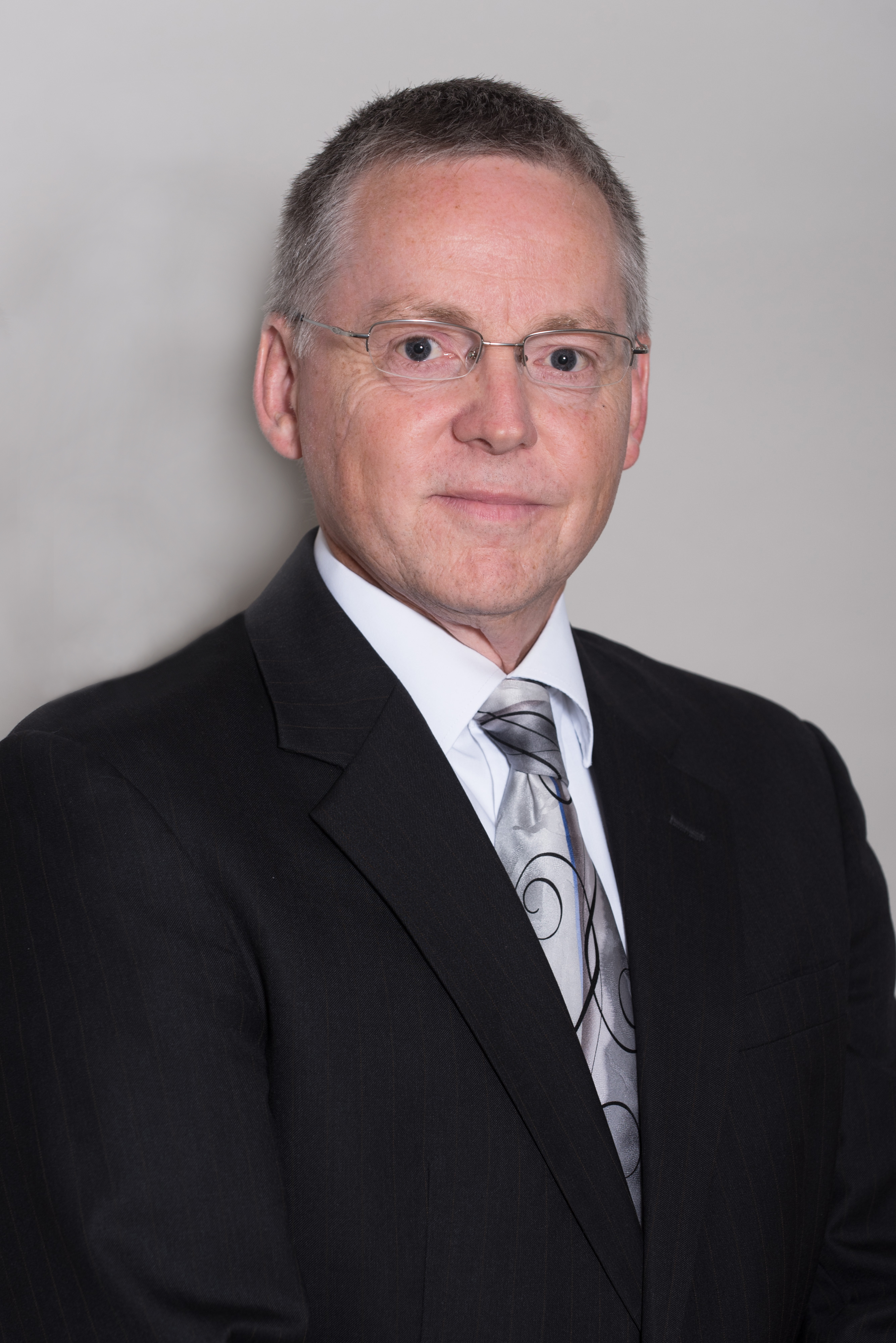 James L. Kifer ('83) of Rimersburg, PA, was appointed to the Council of Trustees in 2006 and reappointed in 2009 and 2017.  He currently serves as Council Chairperson, having served as its Vice Chairperson and Secretary. Mr. Kifer is President, Chief Executive Officer, Chief Financial Officer, and a member of the Board of Directors of Clarion County Community Bank. He is a member of the Clarion County Economic Development Corporation and past member of the Board of the Pennsylvania Association of Community Bankers. He served two years as President of the Rimersburg Lions Club and as a member of the Clarion Rotary Club.  Mr. Kifer earned a B.S. in Finance from Clarion University and graduated from the Central Atlantic Advanced School of Banking at Bucknell University. 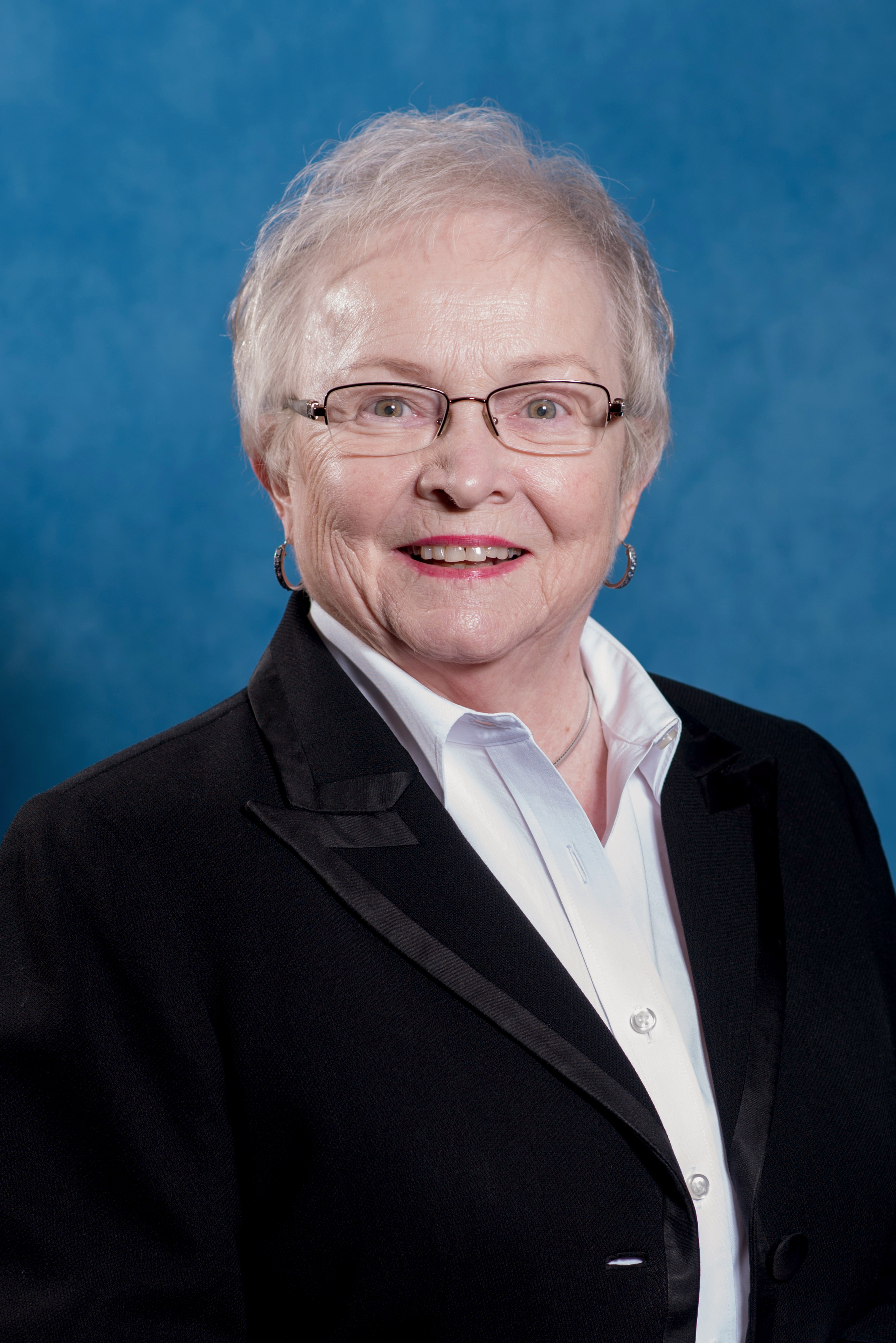 Susanne Burns of Shippenville, PA, was appointed to the Council of Trustees in 1997 and reappointed in 2001, 2009, and 2013.  She is a real estate broker and a retired certified general appraiser with Burns and Burns Associates, Inc. of Clarion, PA.  Mrs. Burns is a member of the CNB Community Bank Board of Directors. She formerly served as a member of the Clarion Hospital Foundation Committee and as President of the Clarion Chamber of Commerce and was named Clarion Citizen of the Year in 1984. She was elected to serve as secretary of the Pennsylvania Association of Councils of Trustees (PACT) for 2008-2009. She and her husband Eugene Burns are the recipients of the Clarion University Alumni Association's 2008 Distinguished Service Award. Mrs. Burns holds a B.S. in Education from Westminster College.

R. Lee James ('74, ‘83) of Oil City, PA, was appointed to the Council of Trustees in 1997 and reappointed in 2002, 2009, and 2013. Following a career of 40-plus years as a local businessman, working in both the banking and investment management sectors, Mr. James was elected to the Pennsylvania House of Representatives in November, 2012, serving Venango and Butler Counties. He currently serves on the Fifth Congressional District Military Academies Advisory Board, the Venango Area Chamber of Commerce, and the Franklin Chamber of Commerce. He was a former board member of Northwest Pennsylvania Regional Development Commission Loan Committee, Venango County Industrial Development Corporation, Venango County Vocational-Technical School, Boy Scouts of America, and twice Campaign Chairman of United Way of Venango County.  Mr. James is a member of Lodge #363 F & A M, and was honorably discharged from the U. S. Navy in 1972.  He holds a B.S. in economics and MBA from Clarion University. 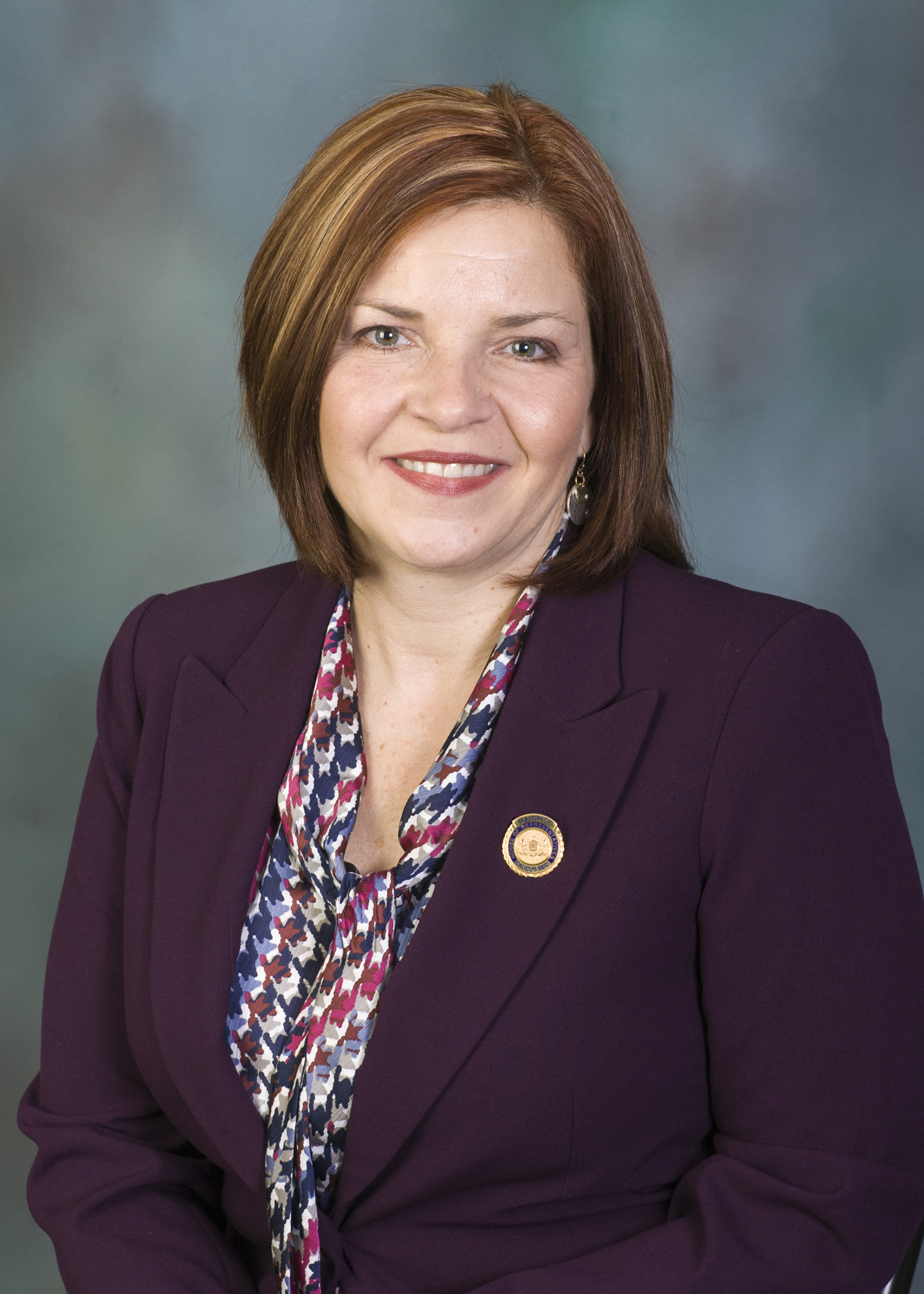 The Honorable Donna Oberlander of Clarion, PA, was appointed to the Council of Trustees in 2009 and reappointed in 2012.  She is a member of the Pennsylvania House of Representatives, serving the 63rd District, which includes all of Clarion County and parts of Armstrong County. For the 2013-14 legislative session, she is serving as a House Republican Deputy Whip, Deputy Policy Committee Chairman, co-chair of the Pennsylvania House Diabetes Caucus and on the following standing committees: Appropriations, Children and Youth, Environmental Resources and Energy, and Local Government. Representative Oberlander earned a B.A. in Political Science from Clarion University.

Larry C. Pickett of Pittsburgh, PA was appointed to the Council of Trustees in 2009 and reappointed in 2018. Larry is a Process Improvement Project Manager for the Finance Division at Carnegie Mellon University (CMU). He is responsible for managing projects that support process improvement (PI) initiatives including system implementations at CMU. He uses statistical analysis, LEAN and Six Sigma methodologies to provide expert PI and project management services to complex projects at CMU. He is a certified six sigma black belt (CSSBB) and certified project manager. He leads projects from their original state to final implementation integrating structured methodologies and using industry standards. Larry develops, analyzes and presents data evidence and solutions to CMU senior leadership and key business partners. He also manages processes designed to improve payroll systems. Larry earned an M.B.A. with emphasis in Management of Technologies from California University of Pennsylvania, an M.A. degree in Leadership and Liberal Studies from Duquesne University, and a B.A. degree from Clarion University. He is also a recipient of the New Pittsburgh Courier "Men of Excellence" Award.

Brendan Shepherd of Wexford was appointed to the Council of Trustees in January 2020.  He served as a Clarion University student trustee in spring 2016. He is a senior human resources business partner for Goodwill of Southwestern Pennsylvania. He has been a volunteer with Big Brothers Big Sisters of Pittsburgh since 2018. At Clarion, he was involved in Student Senate and Clarion Student's Association and was an active cadet for the Air Force Junior Reserves Training Corps.  Mr. Shepherd graduated from Clarion University in 2016 with a BSBA in human resource management. 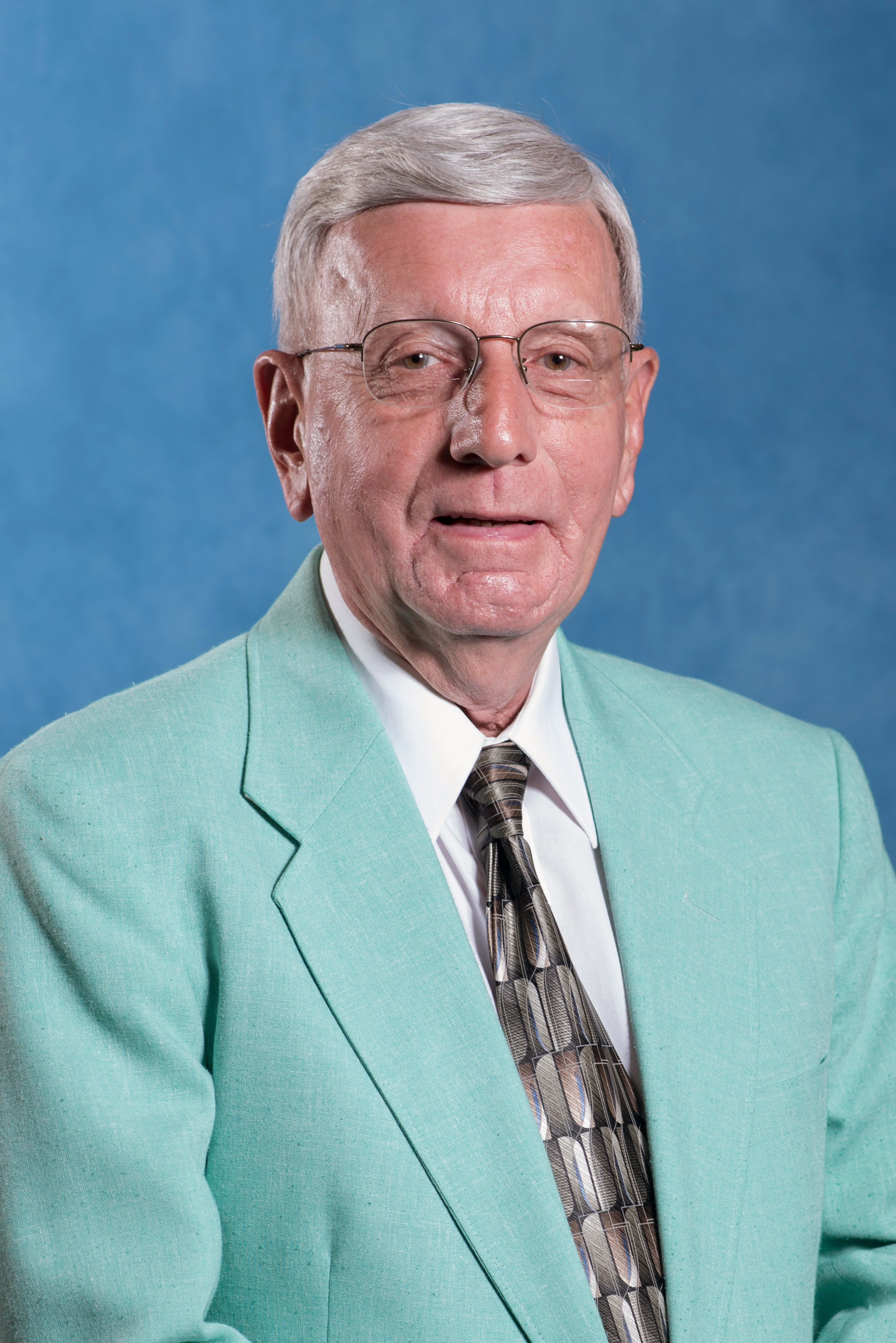 Howard Shreckengost of New Bethlehem, PA, was appointed to the Council of Trustees in 2001 and reappointed in 2009 and 2013.  He has owned and operated Char-Val Candies in Porter Township for 45 years.  Mr. Shreckengost spent eight years a member of the New Bethlehem Borough Council, three as president.  He has also served on the Redbank Valley Municipal Authority and on the board of
directors of New Bethlehem Bank.

Neil Weaver of York, Pa., was appointed to the Council of Trustees in 2016. He has more than a decade of experience in government management, operations and communications, serving in executive level positions at both the departments of Community and Economic Development and Environmental Resources. Most recently, he served as the executive deputy secretary for the Pennsylvania Department of Community and Economic Development, an agency responsible for $1.2 billion in loans and grants, as well as providing substantial technical assistance to businesses, communities and local governments. During his tenure, he oversaw several management and operational areas. In addition to his service in the public sector, Mr. Weaver has worked at two national environmental firms specializing in client management, government, communications and community relations, as well as a national fundraiser manager for the Cystic Fibrosis Foundation.  His background also includes service as the chief of staff to former gubernatorial primary candidate Kathleen McGinty. Mr. Weaver has served as vice secretary-treasurer on the York City General Authority and is currently the vice chair of the University Success Committee on Pennsylvania's State System of Higher Education Board of Governors, as well as a member of the Clarion University of Pennsylvania Board of Trustees. He earned a Bachelor of Science degree in communications from Clarion University.

Tree Zuzzio, a sophomore business management/political science major, was appointed in July 2018 as student trustee. He will serve until his May 2020 graduation. Zuzzio serves on the University's Student Senate. He is a member of the Campus Safety Committee, Student Relations Committee, Academic Affairs Committee and the Student Affairs Advisory Board. Zuzzio participates in the honors program and was the recipient of the Board of Governors Scholarship.  He is active in Clarion University theatre productions and received the Silver Fox Comedy Scholarship in 2017.  Zuzzio, son of Charlie Zuzzio of Seattle and Dorothyrose Layton of Camp Hill, is a graduate of Camp Hill High School.