ROTC takes students on the ride of a lifetime

When students decide they want to enlist in Reserve Officers’ Training Corp better known as the ROTC, they know they’re signing up for future service in the military and the trainings that go with it. 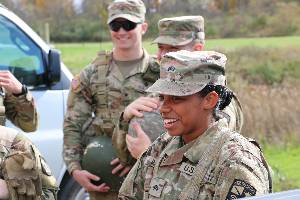 Some trainings are undeniably tough, but on Oct. 28 Clarion University and Slippery Rock cadets got the rare opportunity to practice boarding, flying in and exiting a UH-60 Black Hawk helicopter on a 70-degree day – and it probably beat the best day inside a classroom.

"It was amazing. I loved it," said Kayla Page, a sophomore cadet from Clarion (also pictured at right).

Cadets flew over Moraine State Park and parts of Slippery Rock. The training was two-fold as cadets got the rare experience to fly in a Black Hawk helicopter, but it also enabled the Black Hawk flight crews to get their required minutes in the air. 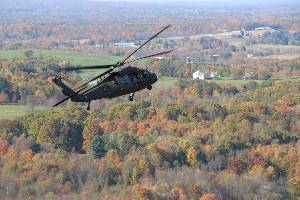 The flight crews originated from the Army Aviation Support Facility and 2-104th General Support Aviation Battalion units located at the Johnstown-Murtha Regional Airport. Each flight crew consists of a a pilot, co-pilot a crew chief.

While the pilot and co-pilot busy themselves with safely flying the chopper, the crew chiefs handle crew coordination, identifying and alerting the crew of malfunctions or aircraft emergencies, aiding the crew with air traffic and obstacle avoidance, securing and maintaining the safety of passengers in the cabin, operating the rescue hoist, door gunner duty in combat, and performing aircraft inspections and maintenance, Shedron explained.

Black Hawks have a maximum flight height of 19,000 feet, but in late October they flew a maximum height of 1,500 feet above ground level making for a memorable entrance. The four choppers descended upon the field at Slippery Rock causing autumn leaves to stir and already nervous first-time riders to feel the power of the machines and increase their anticipation.

According to Military.com, "The UH-60 Black Hawk helicopter is the U.S. Army's primary medium-lift utility transport and air assault aircraft. It is a twin-engined medium-lift utility helicopter. It is equipped with a single four-bladed rotor and a single four-bladed tail rotor. The basic crew complement for the UH-60A is three: pilot, co-pilot and crew chief. The titanium-cored rotor blades are resistant to AAA (anti-aircraft artillery) fire up to 23mm and are equipped with pressurized sensors capable of detecting loss of rotor pressurization (damage)." 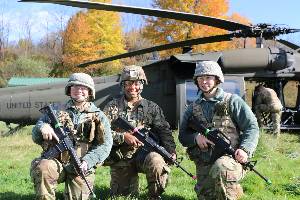 "The A model was designed to carry 11 combat troops in addition to a crew of three (pilot, co-pilot, crew chief) and was intended to serve in utility, air assault, medevac, command and control, and reconnaissance roles. The Army began converting Black Hawks to the medevac role in 1981."

Prior to the ride, superior officers gave cadets a run-down of what to expect and a quick lesson on how to approach the chopper – at a 90-degree angle. There also a staunch warning about motion sickness.

"If you're going to puke, do it in your shirt," said Captain Steve Peters.

Some of the cadets were leaning on their prior experience for the chopper ride. 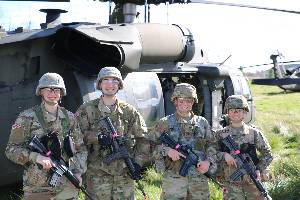 "I learned that if I'm feeling sick, I need to keep my eyes forward," said Cadet Chris Lingle, a Clarion senior.

Senior ROTC cadet Reese Caluori seated himself in what is affectionately known as the hurricane seat – the seat that gets the brunt of the wind from the rotor.

"Not 30 seconds into the flight and these started to come off," Caluori said about his glasses.

Caluori said he also had to close his eyes a couple of times because the wind was drying out his eyes.

The choppers on this particular day were traveling at 140 knots. Black Hawks have a maximum speed of up 183 miles per hour or 159 knots, according to the Rotair Aerospace Corporation. 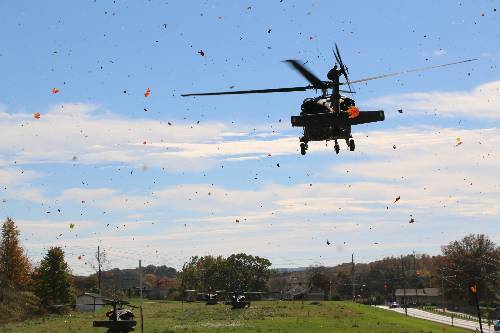 "It's 'never exceed speed' is 222 miles per hour and should never be crested unless the pilot or its occupants are in extreme danger," Rotair Aerospace Corporation reports on its website.

Joining the ROTC program is a dream come true for Caluori.

"I wanted to enlist straight out of high school and my family didn't like it. But then I learned about the ROTC program and I signed up because – it sounds kind of rude to say – but it's my life," Caluori said.

Now, Caluori said, his family is proud of him and interested in all of the trainings he does. For other cadets, the ROTC program was a means to affording college.

"I literally just did it because I had no other choice," Page said.

However, Page doesn't regret her decision because she says she's learning so many things that she finds to be interesting.

According to Today's Military, the "ROTC is a college program offered at more than 1,700 colleges and universities across the United States that prepares young adults to become officers in the U.S. Military. In exchange for a paid college education and a guaranteed post-college career, participants, or cadets, commit to serve in the military after graduation."

At Clarion, the Department of Military Science provides a program of leadership development, which prepares college men and women specifically for service as Officers in the United States Army as second lieutenants. After graduation, they serve as commissioned officers on active duty, or as an officer in an Army Reserve or National Guard unit.

For more information on Clarion's ROTC program and how you can enlist, contact recruitment and enrollment officer, Bret M. Rogowitz, APMS, at 724 738 6175. 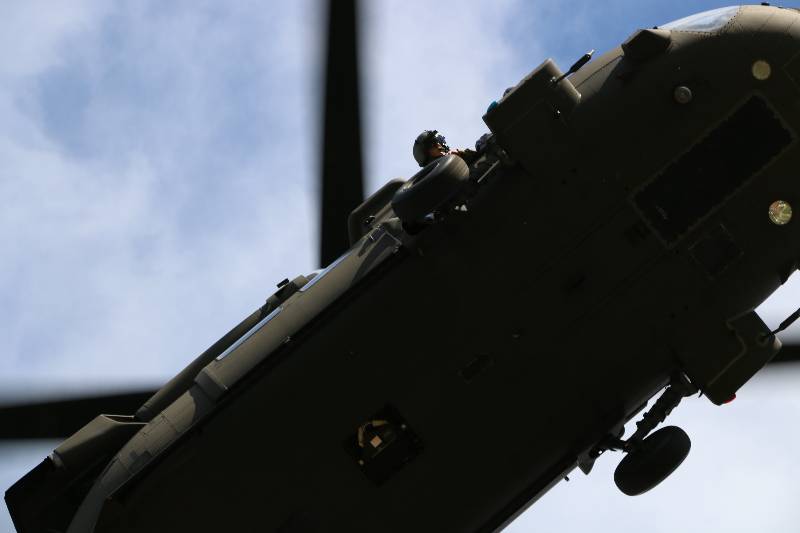