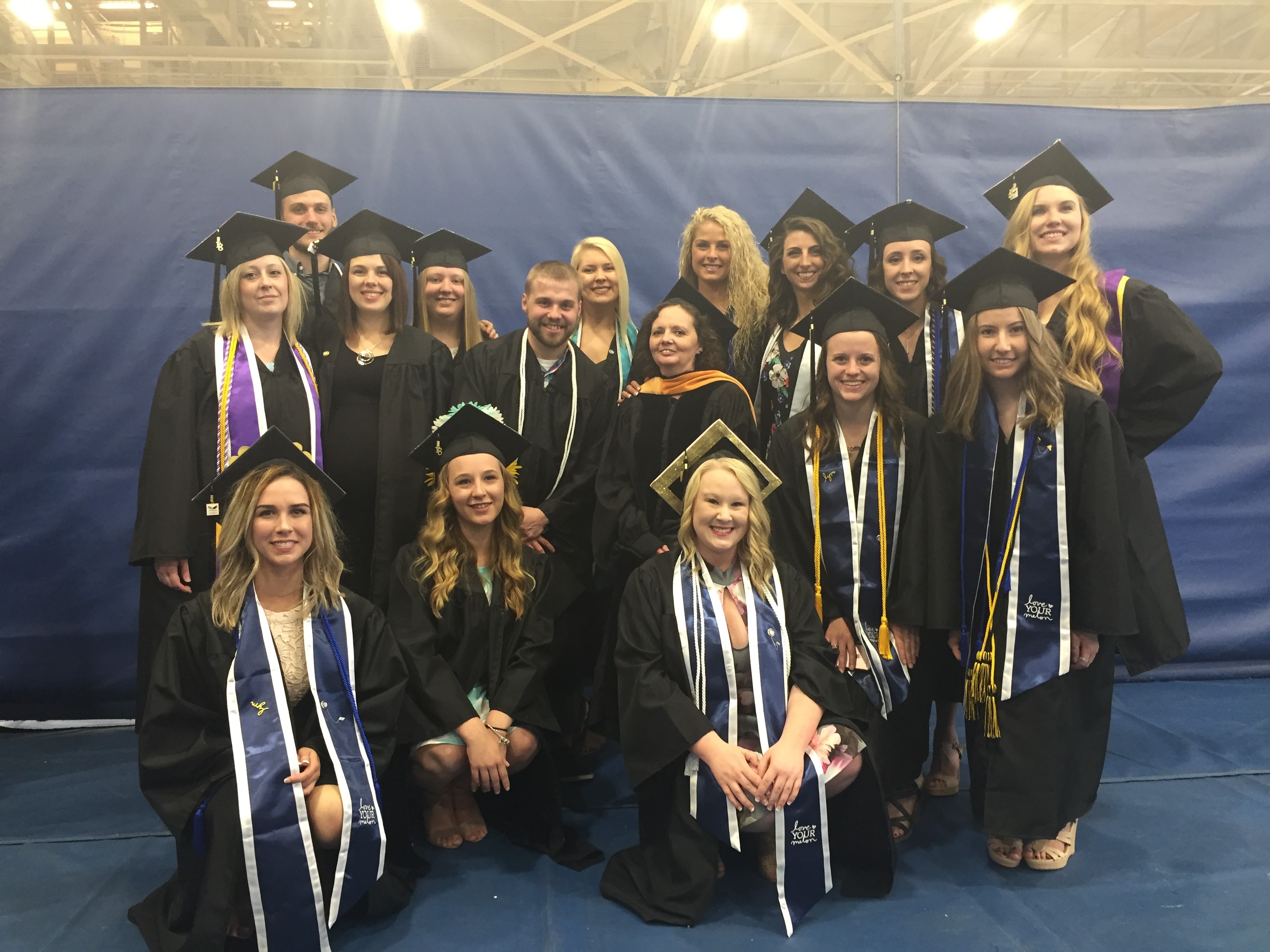 When Clarion University conferred 1,023 degrees during spring 2018 commencement ceremonies, among them were 107 associate, 645 bachelor’s, 270 master’s and one doctor of nursing practice. The recipient of the DNP is Robin Bilan of Summerville, the first person to complete every step on Clarion’s academic ladder of nursing credentials.

Bilan, who began her nursing career by earning her licensed practical nurse certification after high school, worked in the nursing field for 10 years before leaving the workforce to raise her sons. When her older son left for college, she wanted to return to nursing.

"I had been out of the nursing field for 13 years, and I was asked to take a refresher course before returning to work," Bilan said.

She weighed the cost of the refresher course and decided her money would be better spent advancing her education. She applied to Clarion and Lock Haven universities and ultimately chose Clarion. She started with the pre-nursing program.

The MSN program certifies graduates as family nurse practitioners. Bilan worked full time as a nurse practitioner prior to accepting an adjunct faculty position at Clarion. At that time, she applied to the Doctor of Nursing Practice program.

As Bilan completed work for the DNP, offered jointly with Edinboro University, she applied and was hired as full-time faculty in Clarion's BSN program. While she is proud of her accomplishment, she was willing to sacrifice walking in her own commencement ceremony to celebrate with her 21 graduating BSN students. They are the first cohort of students to complete the BSN program; both the BSN and DNP degrees were added to Clarion's offerings in 2014.

Bilan's commencement ended up being in Clarion, enabling her to participate. She led the commencement processional for the College of Health and Human Services graduates, including her BSN students.

"I'm so excited to walk with my own students," Bilan said. "I've been here with them since the spring of their freshman year."