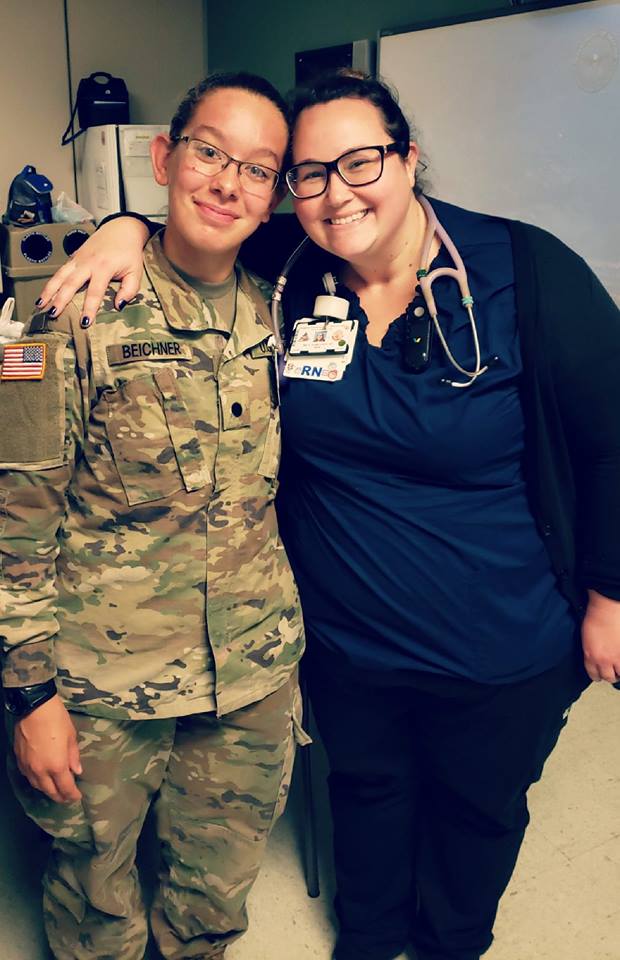 The criteria included overall GPA, leadership, physical fitness, performance at various cadet summer trainings, extracurricular activities and the professor of military science's ratings of overall performance. In the United States, there are more than 20,000 Army ROTC cadets at 274 universities with 1,600 to 1,700 partnered universities and colleges.

Beichner, a senior from Reynoldsville, comes from a family rooted in military service: Her great- great-aunt, Col. Anna Morres (Ret.), was an active duty nurse in the Army and served more than 20 years, as did her grandfather, SSG Joseph Crissman (Ret.). Beichner said both supported her greatly throughout her time in ROTC.

Throughout her high school years at Jefferson Tech, where she was part of the protective services program, she considered enlisting. Her interest in the military, specifically ROTC, flourished through the program.

The training covered various facets of protective services, including emergency medical management, which further piqued Beichner's interest in nursing. She began to search for a school that offered both nursing and ROTC, and she found that Clarion University had excellent programs in each area. The fact that it's 30 minutes from her hometown is icing on the cake.

At Clarion, Beichner has continued to excel. She maintains a 4.0 GPA in a demanding academic program and with the responsibilities of ROTC. She has been involved with campus organizations that include Love Your Melons and Relay for life, and she was president of the Leadership and Excellence Club. She has trained as a nurse intern in the emergency department at Fort Gordon, Ga., and she studied culture and language along with completing humanitarian work in Lithuania last summer.

"I plan very, very far ahead, and I keep track of everything," Beichner said. "Every day, every week, I have hour-by-hour plans to make sure I have time for everything."

"My mom has a rare spinal disease that put her in and out of the hospital and rehab for long periods of time. When she would be gone, I had a lot of responsibilities to take on," she said. "Although I got help from family members, I had a lot to handle on my own, as well as helping out with my brother and sister. I learned how to juggle a lot of things at once when I was young."

She doesn't just handle her multiple responsibilities, she completes them to the best of her ability. Her mantra is "Never settle."

I always look at things as if there is room for improvement and a way to do better. I don't think I've ever settled for good enough or average," Beicher said. "I don't think I'll ever just be content about where I'm at in life because there is always a way to go up from where you are."

She will commission as a second lieutenant and Distinguished Military Graduate in the Army National Guard Medical Services Corps May 3, and she will graduate with her Bachelor of Science in Nursing May 4. She has already accepted a position as a registered nurse in the emergency department of Penn Highlands DuBois. She will begin in July.

She plans to advance her nursing education, too.

"I want to work at least a year getting comfortable with my emergency room nursing duties," Beichner said. "Then, I would like to start training to become a Sexual Assault Nurse Examiner, a program that Penn Highlands offers through Penn State."

After those plans are realized, she will enroll in Clarion's Master of Science in Nursing program, which will prepare her to be a nurse practitioner. She wants to focus on emergency medicine or open her own practice.