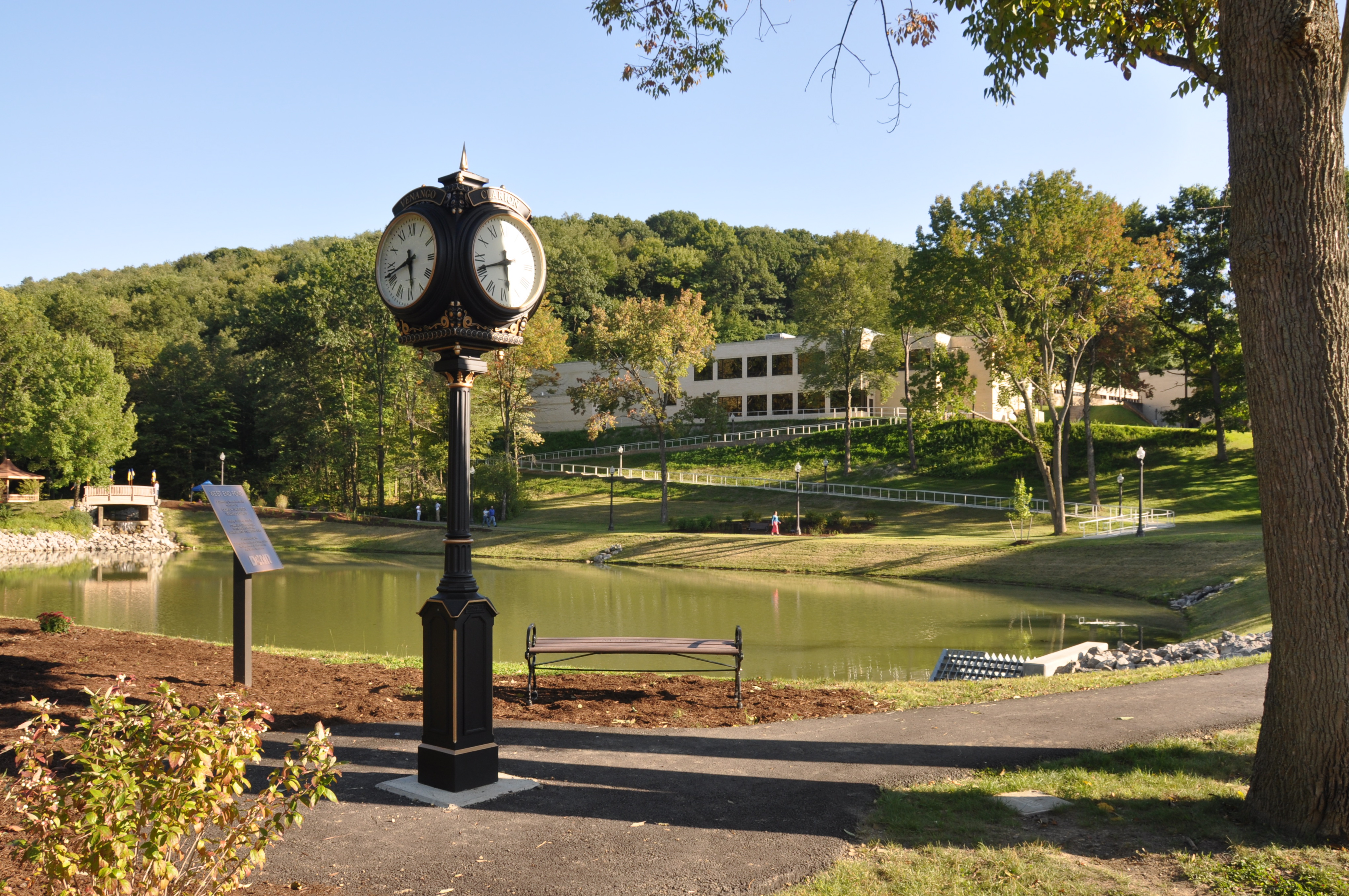 Venango Campus celebrates its diamond anniversary this year. Venango's story is one of partnerships with the community and the commonwealth to bring educational opportunities to the oil region.

Venango Campus is a true diamond this year as it turns 60.

However, those who were students there or who have been a part of Venango's evolution already know what a gem it is.

The idea for Venango Campus began in 1960, when a group of community leaders envisioned the need for a higher education presence in Venango County and advocated the creation of what was to become Clarion University–Venango Campus.

"From its very beginning to the present, Clarion University–Venango Campus has been a product of community and university, working together to advance the needs of our region. The history of Venango Campus is an inspiring story of the dedicated efforts of many people who raised funds for land, buildings and scholarships, and cut through miles of bureaucratic and legal red tape to build the first regional campus in the Pennsylvania State System of Higher Education," said Hope Lineman, dean of career and workforce development. "It is also a story of partnerships, of finding ways to join forces with others in the fields of health care, industry, business, and education to enhance and expand programs, extend outreach, share resources, and meet the changing needs of the Commonwealth and its workforce in a dynamic and cost-effective manner."

Inspired by the efforts of Venango's founding community leaders, the Pennsylvania superintendent of Public Instruction approved a request by then Clarion State College to establish Venango Campus in Oil City in April 1961. This was the first time permission had been granted to any present-day State System university to create a branch campus, and Venango Campus remains the oldest regional campus in Pennsylvania's State System of Higher Education.

Speaking in Oil City shortly after his inauguration, President James Gemmell, Clarion's 11th president, said that, "Venango Campus is a combination of the best features of private contributions with public support. Such a partnership of private and public financing is in the best traditions of a free society and sets a pattern for other communities to follow."

The community came together to raise the $350,000 needed to acquire land for the campus and to construct its first building. In fact, $382,000 was pledged from nearly 1,800 individuals, clubs and organizations.

As the campus numbers started to grow, so did the number of buildings. On June 25, 1965, groundbreaking ceremonies were held for a Venango Campus dormitory, located near the western end of the parking lot. 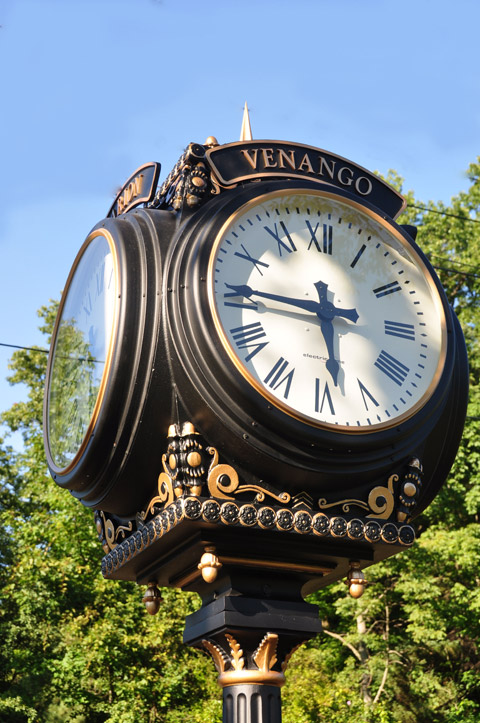 There was a small hiccup in Venango becoming a formal branch campus, however.

In April 1961, President Gemmell received a letter from the superintendent of the Pennsylvania Department of Public Instruction that read: "In accordance with advice from the attorney general, I hereby give my approval for Clarion State College to establish an off-campus center in Oil City, Pa."

But in 1967, the state was taking a second look at branch campuses. The Council of Higher Education had commissioned a study that recommended that colleges divest themselves of branch campuses and that those campuses become community colleges.

Until the study was completed, the state refused to accept the transfer of the property. Finally, on March 13, 1970, Senator Richard Frame and Assemblyman Alvin Kahle presented the deed to Venango Campus to the state for recording at the Venango County Courthouse, ending the uncertainty of the campus' future and allowing its expansion.

With the campus' future no longer in doubt, campus buildings were added.

In January 1976, the new 18,000 square foot, $765,000 student center and instructional complex at the Venango Campus was ready. It featured a gymnasium, locker rooms, an auditorium that was also used for classes, a study lounge, recreational areas, and a fully-equipped kitchen.

The building was named in honor of the late Robert W. Rhoades, one of the driving forces behind the development of the campus, who had served on the Campus Advisory Committee, Venango Campus, Inc., and the Clarion State Board.
The new library opened that same year, in July 1976.

Additional living space also was opened in 2009. A three-story building, made possible by Joyce and Mike Hughes, and a two-story building, funded by an anonymous donor, are located across from the campus.

Community support also led to the restoration of West End Pond, an important natural resource and a treasured local landmark, which is now its original size and depth. It also was enhanced with amenities to create additional recreational opportunities for students and area residents.

Throughout its history Venango Campus has gone through many programmatic changes.

"The campus community has been working together to make a better place for the residents of the region and forming a bond that has had a tremendously positive effect on both partners," Lineman said. "Higher education transforms communities. The founders of the campus recognized that a great democracy and a productive economy require educated citizens, and that continues."

In the fall of 1964, Venango Campus began offering a Bachelor of Science in Nursing degree in cooperation with the Oil City School of Nursing. Prior to this time, curricula at the campus had focused on elementary and secondary education and liberal arts. In June 1968, the state announced its approval of an associate degree in nursing, added under a special exemption from a state rule that allowed only community colleges to grant associate degrees.

In fall 1974, the campus launched a two-year program in business administration to prepare students for supervisory positions in business offices. Because only community colleges were allowed to offer associate degrees, students received a letter of attainment upon successful completion of the program. They could, however, continue at the Clarion campus for two additional years and earn a bachelor's degree in business administration.

In February 2005, a news conference was held at the Venango Campus to announce a ground-breaking cooperative venture for the university with FirstEnergy Corporation, the parent company of Penelec, to offer a concentration in electric utility technology within the new Associate of Applied Science in Industrial Technology degree.

According to Lineman, one of Venango's greatest advantages is giving local students a safe option to try college and discover if they can be successful. That opportunity isn't going away.

The campus also has provided an option to learners who, for whatever reason, could not travel the longer distance to Clarion.

"It provides the special supports, experience and small environment, necessary to enable students to be successful in college," Lineman said.

The campus has traditionally focused on two-year or less programming with a broad array of workforce programming to address the workforce needs of the region. Additionally, a focus on partnerships provides an avenue for technical education programs that are not typically found on traditional larger campuses.

"The campus has also served as an 'incubator' site for new programs, which have then expanded and transitioned to the main campus," Lineman explained.

However, the campus' greatest strength is in its connection to the community. 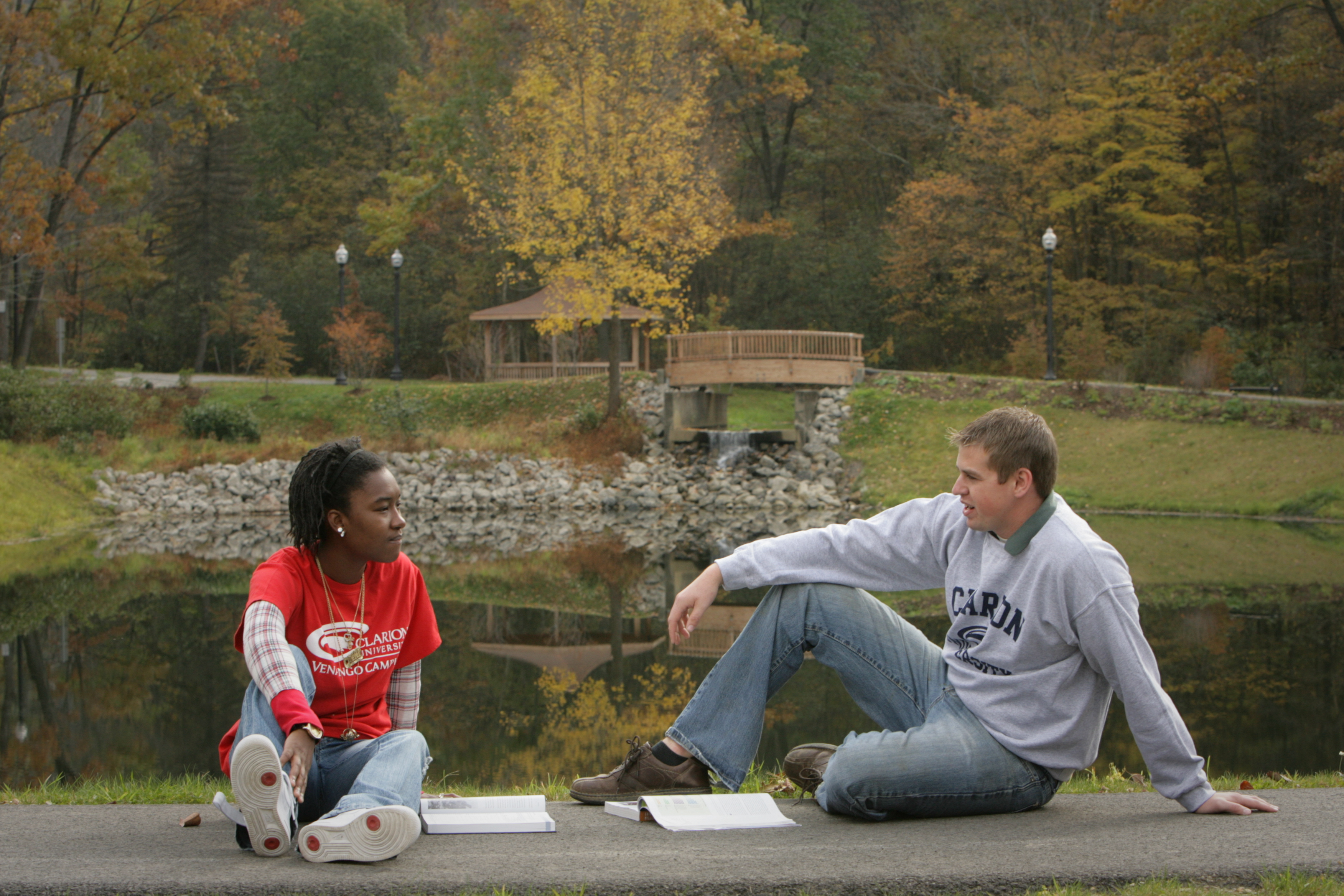