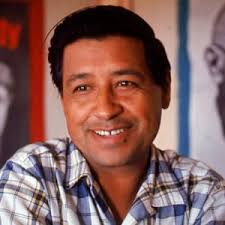 Cesar Chavez
Born in Arizona to a Mexican American family, Cesar Chavez grew up around the people he later helped through his activism. The defining moment in Chavez's life came when his family moved to California during the Great Depression to become farm workers, cementing his fight for farmers rights.

After receiving an honorable discharge from the Navy, Chavez worked as a lumber handler in San Jose, where he helped set up a chapter of the Community Service Organization, a pivotal civil rights organization for Latinos in California. Chavez made the CSO his full-time job after he was laid off, meeting fellow activist Dolores Huerta while traveling to chapters around the state of California. The two would go on to found the National Farm Workers Association, later the United Farm Workers labor union, becoming primary figures for Latin American civil rights.

Though Chavez later received criticism from within for his singular control of the union, including times in which he fired those who opposed him, the activist is still regarded as an important civil rights leader and posthumously received the Presidential Medal of Freedom the year after his death in 1993. He was 66. 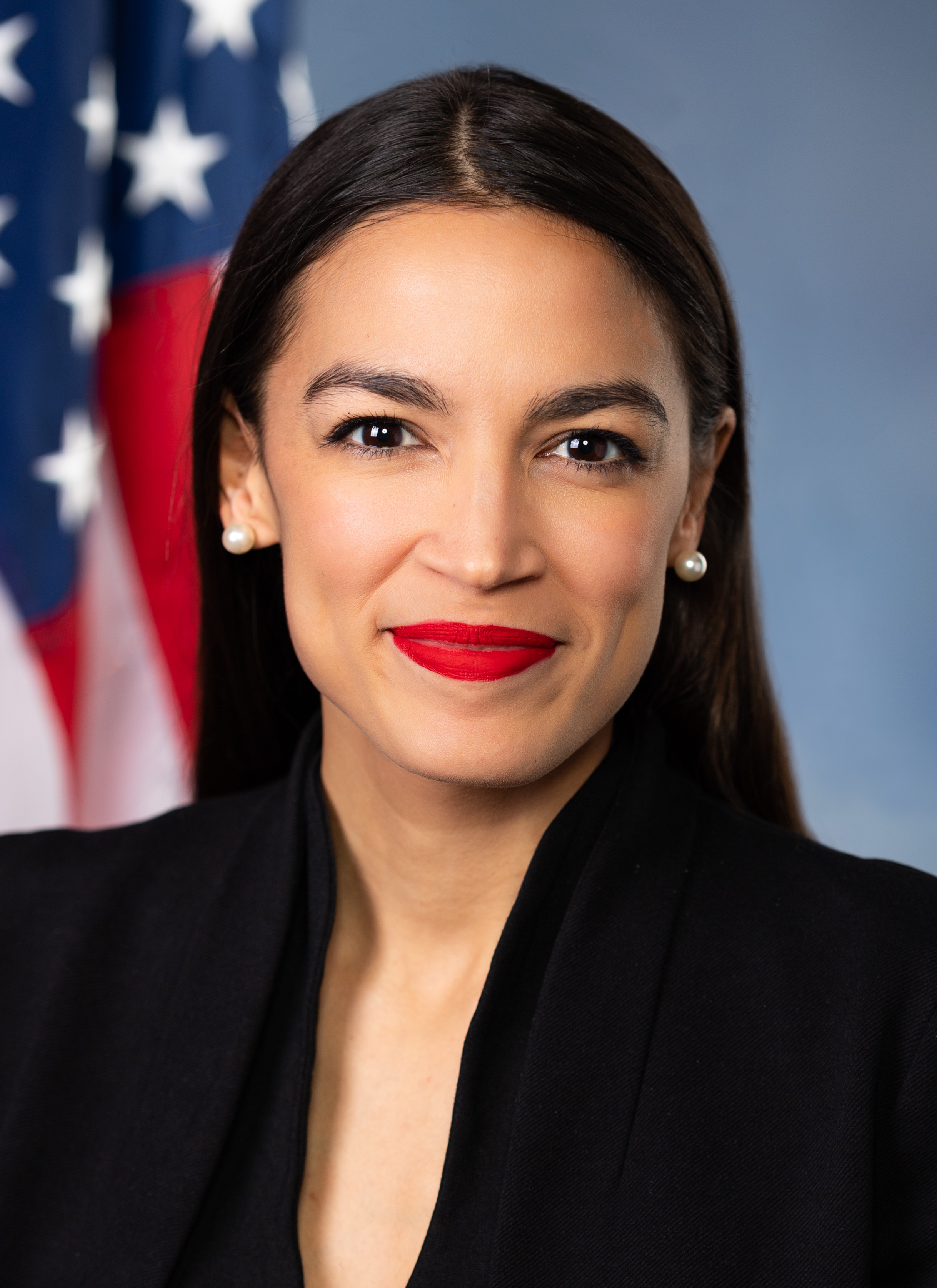 She excelled through high school after her family moved to the suburbs and was in her second year at Boston College when her dad tragically died of lung cancer in 2008. After graduating college in 2011, Ocasio-Cortez returned to the Bronx and later campaigned for Senator Bernie Sanders in the 2016 democratic primary.

She visited Flint, Michigan, and the Standing Rock Indian Reservation in North Dakota after the general election, where she attended the Dakota Access Pipeline protests and decided to run for office. Ocasio-Cortez eventually challenged Democratic incumbent Joe Crowley, the first to do so since 2004, and pulled off a surprise primary win in June 2018.

Through a grassroots campaign, she became the youngest person elected into the House of Representatives during the midterm elections that year. "I'm hoping that this is a beginning," Ocasio-Cortez said at her victory party in 2018. "That we can continue this organizing and continue what we've learned."

Since her arrival in Congress, Ocasio-Cortez's vocal support of left-leaning ideas, including co-sponsoring the Green New Deal package to combat climate change, has made her a popular figure in progressive politics. She once again won her primary in June 2020, all but ensuring her return to Congress for a second term after the general election in November. 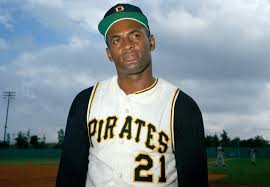 The prolific right fielder was born in 1934 in Puerto Rico, joined the island's amateur baseball league when he was 16 and made the professional league two years later at 18. Another two years and Clemente was off to Montreal, Quebec, to play in the minor leagues in 1954. That same year, the Pittsburgh Pirates scouted him during training in Richmond, Virginia and Clemente was called up to the majors by November of that year in the rookie draft.

Clemente, wearing the iconic number 21, went on to become the first Latin American and Caribbean to win a World Series as a starting player in 1960. The athlete died in a plane crash in 1972 while on his way to Nicaragua to deliver aid to earthquake victims when he was 38.

In his honor, the MLB renamed the Commissioner's Award to the Roberto Clemente Award, given to the player who all-around exemplifies sportsmanship and community outreach. He was also inducted into the National Baseball Hall of Fame in 1973, making him the first Latin American and Caribbean honoree. 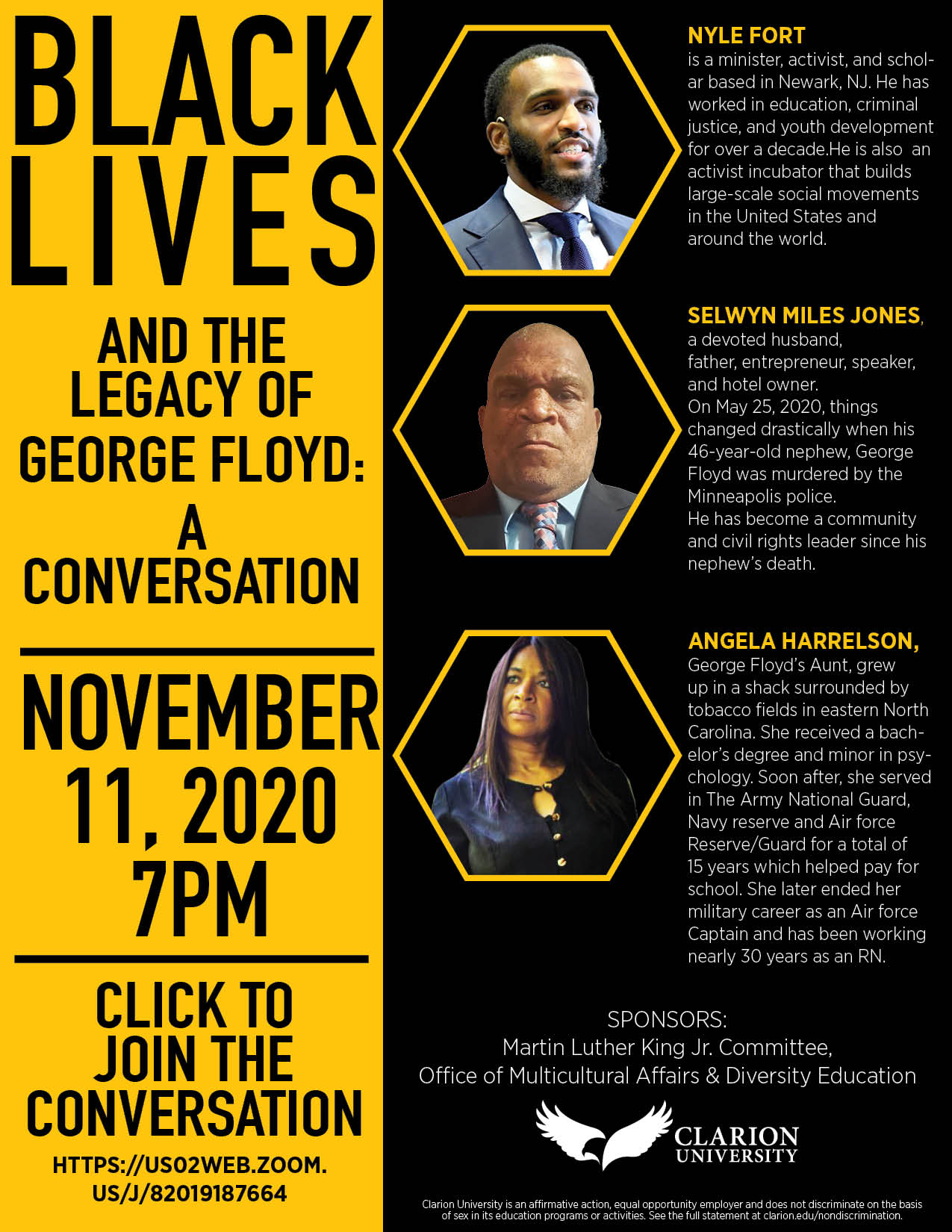 Black Lives and The Legacy of George Floyd: A Conversation
This exclusive and intimate conversation explores the shock waves of George Floyd's death, the Movement for Black Lives, the crisis of policing in America, the meaning of justice, and more. Skillfully moderated by activist, minister and scholar, Nyle Fort, this 60-minute webinar event-with ample time for Q&A -- promises to be powerful, valuable, and unforgettable. Joining Nyle are members of George Floyd's family, including his Uncle, Selwyn Jones and Aunt, Angela Harrelson.